Moonfall is currently on Steam Greenlight! Please, support us, if you like the game. 🙂 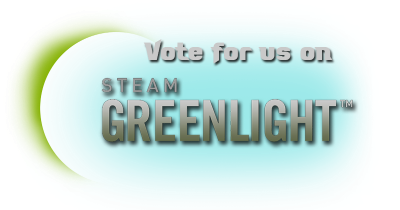 Correctly chosen level design in a game is one of the most crucial and difficult questions that need to be clearly defined during development. One is to have a head full of ideas and the other the ability to transform the ideas into reality, since not every idea can be realized at the moment and not every idea looking good on paper looks good in the game as well.

In implementing Moonfall we focused primarily on functionality, entertainment and potential of such level design that would fulfill our ideas and would also act as good for the players themselves. We took the level design in a more open style that would provide adequate possibilities, yet not so that the player felt lost. Moonfall is an action RPG, so its design must also provide dynamics necessary for the action essence of the genre.

Although the game is in the 2D view, this did not prevent us from creating individual paths conceived in width, in result of which the player can already move his character not only from left to right and vice versa, but also from top to bottom and from bottom to top. This allowed us to use environmental traps, enemies and layout of objects in the scene in a more sophisticated way. This also added depth to the game’s scenery.

Moonfall is not a classic example of Metroidvania, because it is divided into several small levels instead of one large, but contains some elements of this particular genre. In many cases the path is not fixed, so the player is not forced to continue his journey in the corridor, as each screen (room) often contain several exits leading in other environments. The various environments are often intertwined by shortcuts that need to be unlocked before the player can use them. The shortcuts give players a more comfortable way of returning to the previously explored locations.

Branched path does not have only passes to important areas, but also to optional locations in which players can find better equipment or new weapons. Some levels contain switches and levers that the player needs to activate in order to unlock the previously locked door or a hidden bridge.

Our goal was not to make the most complex game, but a dynamic title that will entertain players. And therefore there are not all levels fully open, but some are much more more linear. It also comes from the nature of the particular story quest that does not allow endless wandering through the level from a logical point of view.

For better understanding of how the design works in Moonfall, it can be compared with the design of genre-related titles Golden Axe and Street of Rage 2. As you could see while you were reading, the levels of these games are strictly linear and result in only one direction, from the left side to the opposite side. On the other hand, Moonfall provides a vastly more complex and more sophisticated design consisting of multiple screens (rooms).